Squirrels have made themselves into smart and good friends all this while and their activities make us curious as to what little creature is thinking? They also make us question their weird sounds and behavior sometimes. Some of us might have also witnessed a sound similar to the bark that was made by one such squirrel. So what does it sound like and why is it that these small animals are forced to make a sound not well known in their species? Is it a sign of evolving into wolves one day or is it just because they want us to be confused?

We will try to answer this big question with the help of our article. So keep reading until the end to know what makes them so alpha squirrel to make a “barking” sound.

It is best advised to not scare them in any case as squirrels can also bite when furious or extremely scared when you grab them with your hands in the wrong way or try poking them with a stick or something.

Also, it is dependent on what species is before you to understand the sounds which is a whole nother story. For instance, the eastern gray species makes some new sounds like buzzing or moaning along with the regular ones like barking or chattering of teeth.

Remember that not all sounds mean that they are in danger. One good way to exactly know is to look at how they are acting if they run away from you or predators or if they are standing or calmly close to you.

If you have known and heard of animal behavior, you must know the fact that they make sounds for primarily two important reasons: for indicating danger or calling for help to other fellow team members; or for attracting the opposite gender during the mating season/time.

Apart from this there are certain” playful” and communicating sounds that any animal, in this case, a squirrel has been found to produce.

The reason why a squirrel makes a supposed barking sound is not something great to hear. This sound indicates that the squirrel is perceiving an animal or even a human as dangerous and enemy to them and for their home. Although they might not do any attack human beings around them. As it is well aware that it is too small to cause any harm to such a big entity, it does run away as a protective step. But we would suggest not causing any further event to this scared squirrel and let it be the way it is.

If you don’t know what it sounds like, it is a “Kuk” sound like a short barking that is continuously repeated until the squirrel comes up with a solution to address the situation before them.

To fully understand these squirrel sounds you should understand the other sounds they produce like moaning or chattering of teeth.

Moaning is considered to indicate any stress or worried feeling. Perhaps it is thinking or sure that a certain animal close to them might attack them or does not know where this predator is. It’s the sounds made by the other animal that made them worry.

Their tail motions are another important thing to study. A squirrel, irrespective of its species, will try or surely flick its tail in your direction. This is an attempt to scare you off or the potential danger. Tail flicking is another way of judging and studying what this supposed danger is and why it has come so close.

Now if we talk about them chattering their teeth, it does depend on the situation and also the age of the squirrel.

Mostly the adult ones, perform this sound to show their furious little self and make them look no less than the danger before them.

Young or baby squirrels do it to get their parents’ or mothers’ attention in the request of food. If you find one near you making such a sound, don’t scare it away or throw things to make it go away, either keep some treats near them or let them find some on their own.

We suggest you not grab or get hold of any squirrel unless it seems to be in a situation out of its control or does not try to solve a squirrel fight. You might get bitten or smacked with their fluffy tails and they might get hurt as well. Since it is not a pet, do treat it like a wild animal. If they get angry with your treatment to them, they might build homes inside your house and also damage the not “chew-proof” items. Also, they are messy and like to hide their things in random places.

Also if you are thinking of keeping them as your pet make sure that they do not go near any dangerous things like switchboards or wirings as this could be resulting in a fire accident.

Although these little guys are cute and their fluffy tail is tempting, they still are wild animals that should be respected for their standard and way of living.

We hope you have an understanding of what behavior these sounds indicate. These studies have been performed in the case of natural habitats and behaviors commonly noticeable. They highly fluctuate with the age and behavior of a squirrel but are mostly the same for every species.

In case of an accident or similar situation where the squirrel is unable to get itself up. You are allowed to step in and help the squirrel. Make sure to hold it with a soft and friendly grip and not like a squishy object or stress ball. They are habitual to rough treatment and wild living of standard so try not to capture them and make pets.

You can stop the squirrels from eating your trees by wrapping a metal flashing around the trunk of the tree. The recommended width of this wrapping is around two feet and it should be higher enough that squirrels may not climb up the tree.

Q2:What to do when a squirrel makes a barking sound at you?

As we said, you are scaring that squirrel. Keep your distance and back off.

If you want to apologize, keep some treats like nuts of any sort near them and let the squirrel pick it up.

Nocturnal ones are found and heard making sharp and high-pitched sounds. They are used for communication purposes.

Q4:What does it mean when a squirrel makes a noise?

These squirrels are supposed to be quiet animals so any type of sound made is in the state of danger near them or when mating, for calling a partner.

Also, we have discussed the three major sounds above with their meaning that can further help to evaluate a squirrel’s behavior.

Q5:What are squirrels afraid of?

Peppermint plants. They extremely hate it! Also, they do not like the taste of snowdrops, hyacinth, or any spring bulb as a deterrent.

Squirrels are cute little furry animals that roam around in your garden or on the branches of trees. They belong to the Sciuridae family of mammals which includes small and medium-sized rodents…. Squirrels are rodents that have more appeal to homeowners than other rodents such as mice. The fluffy and large-eyed rodents sometimes give you the pleasure to watch them. If you are like…

Carrots are an excellent diet for squirrels since they are full of fiber, vitamins, beta carotene, and antioxidants. As carrots are pretty crunchy, it will help them in maintaining the health of…

As squirrels are omnivores, they eat both plants and animal matter. Talking about plants, squirrels love to eat tomatoes, especially the ripened ones, but the main problem isn’t that, but they will… 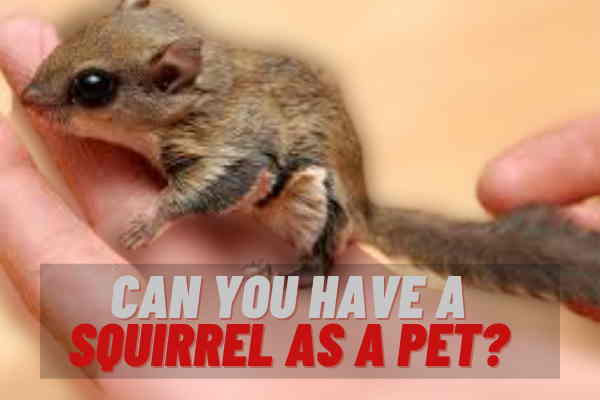 For various causes, squirrels and other wild animals make bad pets. It is unlawful in many states to have them as pets. Certain states require permits, and citizens are expected to have…

Squirrels love to eat food known as the mast that is a term used for fruit and nuts of trees. They eat differents of fruits and vegetables. Some of them might prove…